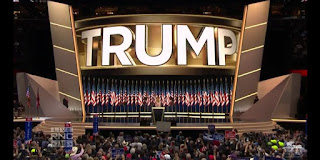 The House GOP assault on the independent Office of Congressional Ethics was walked back--thanks in large part to all the voters and taxpayers and constituents who made their voices heard.  It is tempting to note that this walk-back comes after a mildly critical Tweet by PEOTUS Trump, but frankly, I'm going to have to give a lot of credit to the constituent efforts, because Trump's mild criticism was mild.  He basically was saying, yes the Office of Congressional Ethics is unfair, but the optics is bad if you do this first thing--and he was right because there was already a furor about it on Twitter. Also, it conflicts with his #DTS messaging. So really, youse guys. Don't mess with Trump's messaging.

But being right because something is bleeding obvious and being responsible for that thing getting stopped are different things. (Also, there is good reason to suspect that the gutting of the OCE is not actually scrapped, just postponed. )

I've cautioned about this tendency to ascribe causality to the Trump election win where no actual causal link can be truly determined. Trump claims credit for, say, Sprint jobs that were nothing to do with him.  Or claims credit for a Ford plant that wasn't even going to move. Or takes a swipe at GM needing to be subject to a border tax for cars it makes in Mexico that get sold to the US, when actually, lots of the cars he's referring to are made in Ohio and the cars made in Mexico are sold abroad because US Americans don't buy hatchbacks. Does he almost use this as a springboard to pretend he saved yet more Ford jobs?

Trump Tweets. He isn't president yet. He isn't well-informed and he is not yet really in any position to "make deals". What he likes is seeing his name in print associated with good things.  Not bad things, like nuclear war with North Korea.

Trump stands ready and prepared to be the cock who took credit for the day. In all journalistic veracity, can we not award him credit for the damn day?  He did not make the sun rise, sprinkle it with dew, etc. He is not president yet, nor is he the Candyman, and his saying he can and being the guy who can, are very different things.