Pay to Play the Trump Way 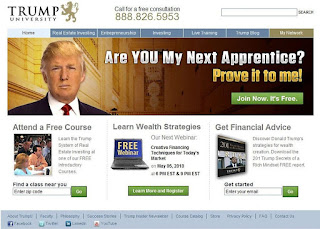 It seems like the media is loathe to report the ongoing issues surrounding Donald Trump's fraud case, even though his dismissal of said case because the judge is a Mexican-American is sort of a meaningful glimpse into his outlook, you might think?  Oh well. Maybe the mainstream media has been too distracted by the allegation (debunked) of CGI pay to play to recognize the actual Trump pay to play that was even documented at this humble blog a couple months ago. See, it looks like FL AG Pam Bondi did discuss with Donald Trump his donating $25K to her campaign, even if we don't know (but we do) what for. (Former TX AG, now Governor Greg Abbott got $35K--71 cents on the dollar tells me the gender bribe gap is a real thing you guys!)

Are we going to pretend this isn't something Trump has even boasted about previously? Funny old thing, that. He's has a funny old quid pro quo-looking arrangement with Rudy Giuliani in days gone by too, looks like.  Can't even rule out that there's some favors going on with NJ Gov. Christie.

It's sort of like Trump expects that how politics is done is predicated by grift.  The media could possibly make this a bigger deal.
Posted by Vixen Strangely at 11:50 PM