The Next Phase of Trump--Lowered Expectations? 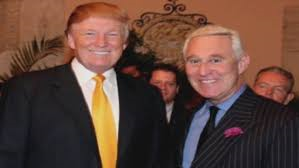 If Trump is going to fuxxor the news cycle by pwning all your memes, then I will be here to gather up the impressions of his scattershot meme-spray. It's all I can actually do. So what is new--well it looks like Trump has upped the ante from claiming in advance that the potential presidential debates are rigged because they conflict with the NFL schedule (which would only maybe affect ratings a smidgen--it's the content, and how people viewing it later on, say on YouTube, or DVR-ing, view it, for content, that should actually matter) to opining that the election is probably rigged altogether.

Heh. So, in the midst of the post-DNC bounce for Hillary Clinton, after it became clear that his RNC speech capper did not make voters more likely to choose him, Donald Trump had to up his game by on one hand continuing to try his "shock and what?" style of news media gamesmanship by persisting in a beef with the Khan family, while on the other hand blaming his fall in the polls on Hillary Clinton's possibly "Satanic" voter-rigging. He got this from his good friend Roger Stone, who is woof! (Words do not suffice.)

All of which is terribly disgusting--but did you know that when Donald Trump tries to front that the system is rigged, he's talking about a very-debunked notion of voter fraud--the same kind of justification that NC used to pretend that "All Votes Matter, but Black Votes Should Matter Less? " He's touching a spot of faith-like belief on the right, that isn't really, actually true, but has a life of it's own.

Now it could just be that Trump has gotten paranoid, because, let's face it, his fire marshal thing isn't normal, right?

But he's beefing on occupancy codes (in the way he doesn't want us to worry about the ADA codes he had to follow by law) because he's worried his crowd won't look big compared to Hillary Clinton with Mark Cuban, or Hillary Clinton with Warren Buffet.  Guys who make his hands look tiny by comparison.

Because he knows what looks big and what doesn't. And if you had any expectations about Trump crowds at the mo'? Fire Marshals. They'll get you every time. Right?  Also he totally fundraised $35 mill which would be bigger than Romney's $100 mill for July if things weren't so obviously RIGGED! (Which would be, like June, just trying to catch-up.)

Team Trump can try to incite a rebellion on the basis of the unknown knowns or whatever. But he's been telegraphing that he might not win all the time, and hasn't been touting the favorable polls quite like he did during the primaries. Sad! Like he knows he might not win, and just wants to start assigning blame!

All the more reason he isn't right for the job, no? He isn't just a self-serving liar, he wants to destabilize shit if he doesn't win.

Posted by Vixen Strangely at 12:45 AM

Somewhere in his damaged lizard-brain, Trump knows that he'll lose in a debate with Hillary Clinton - badly. He'll look helpless and dominated by a WOMAN, plus he'll be that most loathsome of creatures in the Trump-verse, a LOSER. So he's laying the groundwork to simple avoid the debates. He can still participate if he decides to do so, but deep inside he knows he's got MUCH more to lose by debating than by hiding.

Also, I think he's going WELL beyond any concerns about voter-fraud. He's beginning a process to de-legitimize the democratic electoral outcome among his followers. A national election isn't won by voter fraud - it's stolen by a massive government conspiracy to change the vote counts, a la North Korea or Turkey.

I've said all along that regardless of outcome, the most dangerous moment of the entire cycle will come on November 9th. That's when we'll see the real crazy in action...