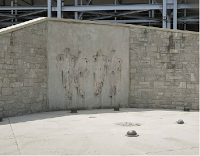 I've made my feelings known about this before, but there is a new story regarding how early the Penn State athletic department knew of Jerry Sandusky's child-raping exploits. They knew in the 70's.  Sandusky was finally put away for what he had done in the years 1994-2009. And I sort of thought that they slowly realized he was a liability and just let him go to be raping kids elsewhere after he retired--but it wasn't quite like that.

They knew early, and let him be a coach there for a good long while, and tried to cover things up for this monster all the time.  All the time. They knew. They didn't supervise him like a felon. They didn't suspend him until he got some kind of counseling. They didn't report him to the authorities. They failed in every single respect.

Except at winning football games. They totally won a lot of football games, and I guarantee you, they might have been able to do that much without a fucking child molester on the staff. I really think they could have. And for the sake of all the kids over the years, how the hell didn't they?

Posted by Vixen Strangely at 12:20 AM