The Disappearing Legacy of Joe Paterno 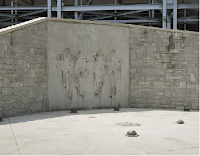 Earlier this week, just following the taking down of the statue of Joe Paterno on the Penn State campus, the legacy of former Penn State Head Coach Joe Paterno's legacy was further eroded with 111 of his team's wins vacated by the decision of the NCAA.  While this decision has been considered especially harsh by his supporters, I understand the reason why this was done.

The cover-up of Jerry Sandusky's child rape, which is what the failure of the responsible parties in the Penn State investigation to properly pursue the reporting against Sandusky amounts to, occurred because those parties involved, encouraged by Paterno, determined that exposing the child rapist would harm what really mattered to them--Penn State football.   It might have distracted from the games and the revenues. It might have discouraged alumni donors. It would have been the most horrible thing--

Except the most horrible thing was that this decision occurred with the full avoidance of acknowledging those who were really being harmed--the children being raped. The problem wasn't "Oh no! What happened to our football program!" but "Oh, why are these children being harmed? How can we stop this?"

Those children stood in the way of the reputation of Penn State football, and Paterno was happy to see them put in the shade. A decent person might have addressed the issue even at the cost of one or two winning seasons, maybe endured a brief drop in blue-chip athletic recruitment, but the team and the school would have recovered.

Well, the fatherly Paterno never thought of that. There was a legacy to pursue. And it wasn't worth the cost. That is why this decision got made.

Now the clan Paterno can cry out that this decision defames the legacy of their patriarch.

Oh,wait! Did we somehow, in all this mishegas, forget the legacy of Joe Paterno?

Insert hollow, mocking laughter. Of course we didn't, and the NCAA didn't, and with any luck, future schools won't.  The legacy is a lesson, not about winning football games or making boys into great football players. It's about dealing with child fuckers. We should not allow child fuckers to roam about this world fucking children freely. We should be deeply concerned that anyone, anywhere, is slipping it to kids. And if you patiently ignore your local kiddie-fucker because you aren't human enough to put up with a little bustle in your hedgerow about rousting this pervert from your organization and helping him into a nice dank cell where he can't hurt anyone because "OMG TEH FOOSBALLZ!" maybe your legacy deserves to be disappeared.

Just saying.
Posted by Vixen Strangely at 1:33 AM