Now That It's Official, I Officially Can't Stand Mike Pence 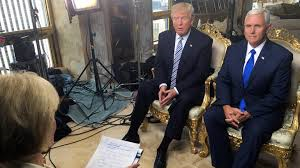 Although it was undoubtedly true before--what with Mike Pence being historically absolutely terrible for queer rights and for reproductive freedom, I really didn't want to unload on poor old Johnny Quest's dad-looking probably one-term governor from Indiana (?), where being wretched actually doesn't break you (I am looking at you, Mitch Daniels, you pimp-handed skinflint) but might actually make you a household name of some kind. It seems too cruel to walk all over the reputation of a (since when is Indiana a swing state?) favorite son from part of the daggone heartlands? After all, Dan Quayle was a Senator from Indiana and too damn dumb to spell "potato" and he managed to be Vice-President. For one term.  So why the hell shouldn't Mike Pence, a man once described (hey, thanks Bowtiejack!) by an associate as having less brains than a salad, be a credible running mate for the current GOP nominee for president?

Great question! Because he isn't your run of the mill kind of stupid, that's why. Because he just signed on to be the running mate of a guy he did not endorse during the primary, and whose main policy stances he pretty much opposed.  The attack ads, they cut themselves. This is a guy who managed to economically flatten Indiana with a religious freedom bill, only to walk it back and alienate the religious conservatives he was intending to succor.  That's a special kind of stupid. It isn't climate-denying kind of stupid, and it isn't cigarettes don't kill kind of stupid (disclaimer: one of my grannies was a heavy smoker who died of emphysema and congestive heart failure) --it's "This dumb political stance benefits exactly nobody and is just twisted and unconstitutional so--doing I'm totally doing it"  until he wasn't. Heh.

He doesn't believe in evolution and he was kind of big on the Iraq War, continuing to say there were WMDs there long after lots of folks were giving that right the heck up.  His vendetta against Planned Parenthood resulted in an HIV epidemic, but what does this asshole care? He once wanted AIDS funding to go towards gay conversion therapy, which is a monstrous torture cluster that mostly makes queers hate themselves, and doesn't convert anyone to anything but a wreck.

He is a goddamn garbage nightmare candidate, and yet he was probably also Trump's best choice (Gingrich being out where  the buses don't run and Christie being, well, himself), and the best carrier of the current GOP platform's flag.  Pence is all that is wrong with the "modern" GOP--but boring as hell so it somehow doesn't look as tragic. Trump sets all that is boring on fire. There isn't a damn thing I can say in this world that does worse to Pence's career than being on Trump's racist-ass ticket. So I feel free as can be to talk about Pence like he should be. He's a hot mess on new shoes.
Posted by Vixen Strangely at 12:17 AM