So That Actually isn't Going to Happen 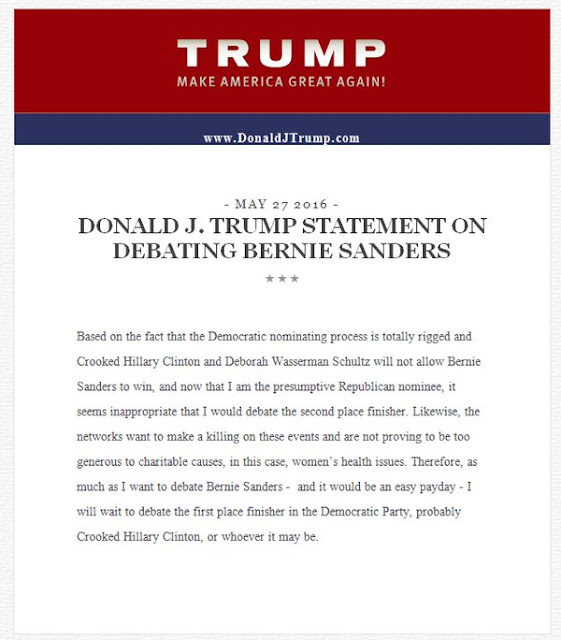 And this response from Trump regarding the debate that wasn't is everything that was wrong with the idea in the first damn place. It also happens to be an example of a lot that is wrong with the Trump campaign. (Really--"Crooked Hillary Clinton" is how he officially wants to go down with this? Also the troll aspect--reinforcing the idea that the Democratic primary is rigged against Sanders while still treating him like, well, "number two". Also, the idea that the charitable cause that ever would have been used would be "women's health issues"--for the representative of a party that seems to think Planned Parenthood is the devil, this is expert troll level one billionty.)

Basically, this response is why it's kind of not great that Sanders seemed to want to do this in the first place.
Posted by Vixen Strangely at 12:07 AM