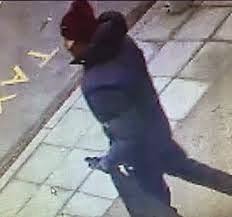 The gunman who shot up a free speech conference and later a synagogue has been killed and identified as Omar Abdel Hamid El-Hussein, a 22 year old who was already on the criminal radar as running with gangs.

He seems to meet the description of a "lone wolf" so far. It's not unlikely that he was inspired by the Charlie Hebdo attack to do what he did, but he's dead and there seems to have been no accomplice or connection to any larger organization.

I would not be surprised if this inspired additional attacks on Muslims in Europe, though. We've had a bit of that sort of thing here and in Europe post-Hebdo attack.

Terror attacks are a dumbass way to try and communicate, and I sincerely doubt that the Copenhagen shooter had anything meaningful to impart, anyway. I think this sectarian bullshit needs to quit, because this is the 21st century, and people just aren't learning beans from history.  Maybe the "letter to the editor" approach would at any rate be more articulate? Anything is better than this constant violence.  Sectarians could fucking make Powerpoint demos at each other. But let's stop any nonsense where some thug can shoot up a signifying event and pretend their "reasons" are real. Because that dip? His jihad was just dumb. And I don't even give so much of a shit about Vilks and his associations.  It's just a principle that if you want a war, go find a battlefield. This guy could have joined ISIS instead of doming civilians and beefing over line drawings. Assad has fucked over more Muslims than a bloody cartoon ever did. Where's the perspective?

His loss in thinking there was any opportunity to bag a real blasphemer--for whatever points that was supposed to get him. When greater blasphemies against human bodies occur all the time. This guy fought words with bullets, when there's such a greater need for fighting bullets with words.
Posted by Vixen Strangely at 12:51 AM

It's all about recruitment. The Jihadist groups encourage and enable these kinds of attacks because the best thing in the world for them is hatred of Muslims. European Islamists are insufficiently radical, goes the general thinking, so making them hated and oppressed, the object of both police and civilian violence and intolerance will serve to radicalize a much larger portion of the community.

The violence at this point isn't to send a message, or make a point. It is strictly to enrage the non-Muslim population to the extent that they elevate the already simmering anger and hatred for Muslims. That makes for young recruits that can be more easily indoctrinated...

Terror attacks are a dumbass way to try and communicate.

Should I be sorry for making the most obvious point in the world for the zillionth time?

We kill more people for corporate profits than anyone else on the planet. Every time our corporate press screeches, "LOOK, JIHADHI!"

You should remember this.
~

It's the conclusion that I'm not understanding...