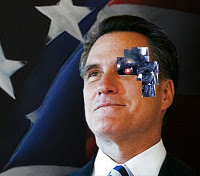 I can't help but start this post by considering how very nearly it was entitled "You People are Making Romney Run Again, You Know". It looked for all the world like he was planning on running again. The very insider-y Mark Halperin had been persuaded by the knowledge that Romney still believed he would be the best candidate in the field. It was a strong, plausible argument, and a lot of media outlets bit on it before former MA Gov. Romney announced that he would not be seeking the nomination.

Can't blame them though--it's way more likely that someone is going to notify the press that they are planning to be doing something than that they aren't. But by making the announcement this way, Romney ends speculation and I suspect makes room for other candidates, like Christie and Walker, to start doing their serious preliminary calculus. (This announcement likely has no impact at all on the decisions of Huckabee, Santorum, Jindal, Perry--you know. The guys Romney knew he was a better candidate than, already.)

Knowing one is an electable candidate isn't enough, though, and Romney made a good decision (one applauded by Jennifer Rubin, who was such a fan of Romney a scant few years ago) because running a national campaign is an arduous, costly affair, and it's a big commitment for not just a candidate, but their family, as well. And yeah, donors play a pretty big role in the equation, too; I'm sure that the move by former FL. Gov. Jeb Bush to meet with potential donors is what forced Romney to basically defecate or disembark the commode. I won't say the threat of a real competition scared Romney off--but I'd bet that realizing the effort needed to knock off someone with Bush's resources made the businessman in Romney recognize an unfavorable cost-benefit analysis to himself, the primary race, and the GOP.

Could he decide to return to the battlefield from his dark ship like a brooding Achilles turned to passion in the event of some crisis of party? Meh. Like Rubin, I still think I see the crack of the door open just a little. But it would have to be something seismic that picked off Bush, Walker, Christie--the plausible guys. He's been in races before and knows it isn't a whim.

The thing of it is--this puts name-recognition guy Bush in front-runner position, and I still can't say whether that's a good or bad thing. It's possible that he is too moderate for the 2016 Republican electorate taste. There might still be lingering "Bush fatigue". His last race was for FL Gov, and that doesn't tell me anything about what he'd do in a national race, and I can only speculate about the overlap the team around him might have with his brother's associates. It'll be, like, SC before I have a solid opinion.
Posted by Vixen Strangely at 1:10 AM

Bush won't get the nomination. Too much baggage, and he'll lose too many key primaries. Christie will drop out when he realizes that everybody hates him. Walker's a possibility.

See, I think the extreme right tea pary crazies are going to demand a seat at the table this election. They saw their guys get pushed aside for McCain in '08 and again for Romney in '12. They are going to be shrieking that you can't elect a moderate Republican, that you need to nominate a 'pure' conservative in order to win. Paul Ryan and Scott Walker are their best options, with Rand Paul and Rick Scott in the mix.

If they have to go the bench late for a mainstream candidate, they're going to be in real trouble, because those guys are going to get torn to shreds over immigration and health care. They also have a real problem articulating a coherent foreign policy other than "Obama Sucks"...

Wall Street will be happy with any gooper vs Hillary in 2016. Heads they win, tails they win.

O.T. Here's an article on Russia and the Ukraine.
~

Scott Walker is a real possibility--I'd have counted him out with the two John Doe investigations, but he got the reelection and with the right kind of press, an awful lot can be forgiven/buried. I've referred to Bush as "Big Government" before--that and his immigration stance (whatever it is on any given day) might sink him, and right now his poll numbers in IA ain't so hot (although that is with Romney still in the mix).

The narrative that some people want to play with Putin's power play in Ukraine as being reminiscent of Hitler is a dangerous game. I'm guilty of making similar parallels in the historical details of Putin flogging nationalism, anti-gay, anti-Semitism, forcefully putting down protests and jailing dissenters, and yeah, entering Ukraine like a warning to the rest of Europe. It's meaningful to me that his actions have basically fucked over his country's economy, with the ruble in freefall and the nation's credit-rating not downgraded by S&P to junk. Apple Inc might have more cash on hand than Russia--that isn't a "success" moment for Western foreign policy. An aggrieved Russia coalesces behind a strong (or strong-seeming) ruler. A tussle over Ukraine wouldn't even be about Ukraine. It would become a signifying East/West pissing contest they would just be misfortunately hosting.

There has to be a way involving statecraft out of the Chinese finger trap (but the US right likes to think of anything short of hostility as "appeasement", so we're probably fucked about a good solution). I'm skeptical about Putin's real goal being expansionism into the former Soviet sphere--how would he afford it? But there's no retreat for him without saving face.

It's a sad, tricky situation.

And he'll die with the taste of Sheldon Adelson's ass in his mouth.

V.S., my takeaway is that WE provoked the problems in the Ukraine.

We sponsored a coup there, and our press is lying to us about what happened and why.
~