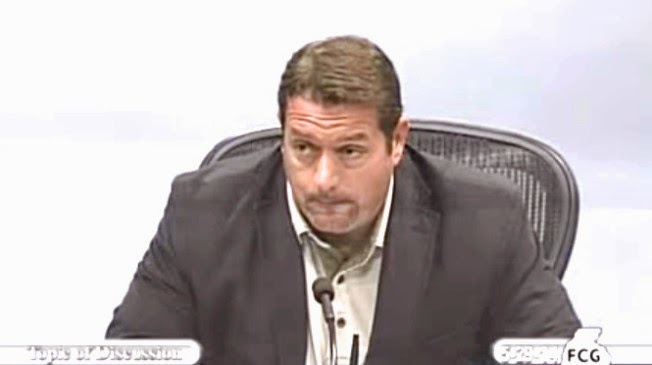 Not bad enough to not actually post about the flameout of a county councilmember who did not realize what the "public" in "public office" meant, but yeah, I feel a little bad.

When a person's lack of situational awareness takes them through a whole election where their name, likeness, and character is put up for the judgment of several voters, it's a little late post-election to decide that one is really too much of a homebody to have their name bruited about where folks can see it. Does he think newspapers are somehow earning money off his new-found celebrity as a local official? (Who has the rights to kirbydelauterdotcom? Well-played, K*rby.) Or is he concerned people might follow his job performance?

Seriously, when you are ragged on from Twitchy and Powerline, to NPR (?) and OMG, the BBC, you've actually become a for-real "famous for fifteen minutes" person. D*l**t*r is about as famous as regular people ever get. But out of respect for his not wanting his name all splashed up all over the place--I'll put the little asterisks in as if I was writing bad words and didn't want the kiddies to know.  Which I guess is helpful?

I guess His Nibs' lawyer will apprise me of that.
Posted by Vixen Strangely at 11:22 PM