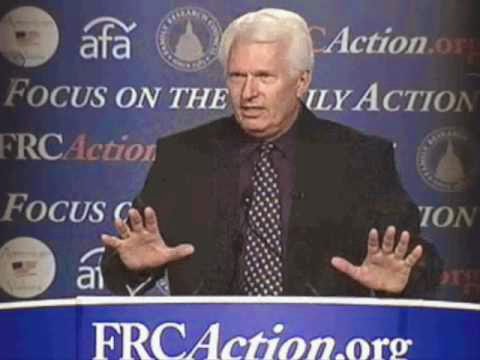 Reports that Bryan Fischer was "fired" from the American Family Association, as such, seem to have been a bit overblown. He's been dropped as "spokesman", but retains membership and his radio show. It's more like a shuffle of positions, really. And in the meanwhile, by not having the responsibilities of "spokesperson" per se, Fischer is freed up to really, really speak his mind as radio host.

I do kind of shudder to think he might have been holding back on us before being relieved of the onerous burden of speaking for the integrity and good will of the AFA, which, as has been pointed out numerous times by numerous outlets particularly in the run-up and reviews of The Response event held this past weekend in Louisiana and hosted by possible presidential hopeful Governor Bobby Jindal, has been designated by the SPLC as a hate group. This designation is probably not in the least because of the views of its former spokesman, who has vented variously about his belief that all the Nazis were gay, that Native Americans are cursed, that Scott Lively is a swell fellow--especially because of his missionary work in Uganda, that orcas and bears should die already, that Muslims and Jews never were meant to have First Amendment rights,  and that saving lives instead of killing people the way Jesus intended is a little bit gay. (Yes, PFAW linked to all that stuff so I didn't have to. Edifying stuff, really.)

But they will still be paying him for his opinions.  Free speech isn't free. Again, I like free speech. It tells you where people stand. The AFA and the RNC are sending a bunch of Republicans to Israel, from which, I understand, they will also be returning.

This has been covered by other blogs and I feel this could be more of a story if I didn't already think we all know that members of the Republican party totally work with and court the interest of action groups that have "Family" in their name and support the rights of some, but absolutely not all families. But I also think it may bear repeating.
Posted by Vixen Strangely at 11:57 PM