To The Parents of Leelah Alcorn 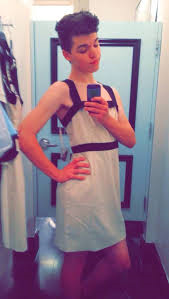 What you needed to know was that your daughter, although assigned at birth by culture and genetics as male, had a medically-recognized condition called gender dysphoria or gender identity disorder. Mainstream science would have informed you that she needed to come to her own terms with her gender identity. Your religious "piety" tried to erase that from her, and you assisted that erasure of her feelings, experiences and choices until she saw no future at all so long as you were overriding her need to exist as her authentic self.

I am deeply saddened to inform you, because you are grown people, that her experience of herself was all she had. She did not know anything but a very real experience, to her, that she was a girl. A living girl. And being a girl is not wrong. It's unusual for a person with XY chromosome pairing, but unusual things do happen. You denied her that one thing she had--her experience of herself. She knew exactly who she was and what her situation was, and you never bothered to listen to her.


Now, I highly doubt that you, the parents of Leelah Alcorn, will read this little-bitty blog. But if you, reader, are a parent--which I will never be unless I adopt--I just want to say sometimes your kids will be less your kids and more themselves no matter what you want them to be. And your fears about what they will face, and your fears about how it will reflect on you, will matter far less in the long run than their actual living of their lives--and that is the one thing they have to do. They just have to play the hand they are dealt, and you can't reshuffle it.

The Bible says "Honor thy father and thy mother that your days be long upon the earth." There was no way this girl could honor her father and mother--and live. That's why she died (she was not "killed", she committed suicide) cursing them, and wishing for a better world. And I for one want that better world to exist, too.

And so help me, parents of Leelah Alcorn, figure this out before you put a lying name on her headstone. It would be so easy to control her in death the way you couldn't in life--but I will memorialize her here as Leelah.  Because that was who she felt she was supposed to be.

She deserved more. And no, it isn't pleasant to drop that on grieving parents, but if they want to move on with their lives, let them do it in truth.
Posted by Vixen Strangely at 1:02 AM

Whether it's crusades, or jihad, or the prevention of condom distribution in sub saharan africa or pedophilia or institutional misogyny or legal systems that punish people for 'apostasy' or even just 'insulting god', religion is about power and tribal hatred and until people reject two thousand year old myth none of this kind of horror can be stopped...

This case represents the petty, parochial aspect of organized religious teaching that I dislike the most--it could be persuasively argued, and Mrs. Alcorn herself has remarked on Facebook, that the parents in this case "did what they could" and simply disapproved of their "son's" preferences because of religion.

This would be a capital justification--if this was not the 21st century United States. The first noted American transwoman who underwent sexual reassignment surgery was Christine Jorgenson, who transitioned in 1951. Today, there are able trans spokespeople like Janet Mock, Laverne Cox, and Chaz Bono. It's simply not possible for a person living today--the internet age, to not have access to as much information about being trans as they could ever want--

Except a bias towards confusing gender with sexuality and alternative sexuality with "sin" led the Alcorns to prefer to cut their child off from the world and resort to the equivalent of seeking a witch doctor to "fix" a very aware girl who didn't need fixing so much as understanding.

This young person's death is so regrettable and preventable if they only could have brought themselves to learn the first factual thing. But they are steeped in a bs culture where "Josh" will be buried in a suit and the parents will be able to deny their queer kid, and the "concerned" among us will be just dumb SJW's getting outraged for nothing--not people sick and tired of watching bullied (especially by their parents) LGBT kids lose the damn fight.