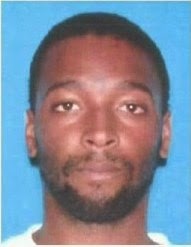 Ezell Ford was killed by the LAPD just a handful of days after Mike Brown was shot. Not quite a month after the death of Eric Garner. He was shot at close range with the suggestion of a muzzle imprint in his side.

Now, he struggled with the officers. But he did have a mental illness, and his mother was on the scene.

This doesn't half remind me of the case of Dontre Hamilton, who was shot several times by Milwaukee police and was also mentally ill.

Mentally ill people are being gunned down too easily by law enforcement.  It happens too often.

I just think PD's can train, act, and do better. Because the alternative leads to unrest and a lack of faith that LE works. It makes everyone's job in the justice system harder when communities start to lose faith in that system. I don't understand why the people who make bad judgments are so closely protected, because they seem to be the ones who cause the sensation of bad faith in the first place.
Posted by Vixen Strangely at 12:24 AM

At the risk of redundancy, it's an incentives problem. All the incentives are for the cops to go to their guns very quickly. They are very well trained and equipped to arrest resisting suspects, indeed, they do it thousands of time a day across the country without killing them. But if there is no consequence for taking a life rather than doing the work of protecting that life, even in an arrest situation, that's going to be an option in cases where it shouldn't be.

As soon as the justice system begins to put them on trial when they use lethal force against unarmed suspects, and in the cases where the evidence leads there, sends them to prison, the incentives will very quickly reverse and we'll see much fewer police murders on the streets...

Well, Vixen, I feel you had 2 of 3 right: PD's can ... act, and do better. But the solution we need is "braining". I personally think a four year college degree needs to be a requirement; that they have the capabilities to work in other professions. Then, if they chose police work it is a choice and not a default. Simple being former military isn't good enough but yet so many now are.

Mikey brings up a good point; there should be consequences to taking life / I would add, for false arrest, for targeting minorities and for shooting up property, including dogs let there be consequences if those actions are unwarranted.

Shirt--I do think law enforcement could benefit from at least an associate degree in criminal justice with a good grounding in sociology and civil rights. Although there is training, a police academy course is about thirty weeks. Nowadays, many people entering into police work have some college education, but I think the actual requirements for hiring still concentrate more on the physical fitness and background check and relative experience. Relevant study on culture and psychology could be definitely informative. The educational aspect is potentially cost-prohibitive for many people with that interest, but I'd like to think that taxpayers would find it worthwhile to develop a better-rounded professional force by municipalities offering scholarships or career-related stipends if they recognized how their communities could benefit. And while I don't want to mistake police work with social work--they are "overlapping magisteria."

There have to be responses to situations where people are "acting badly" that correspond with the needs of the people being "protected and served" that go beyond "command and control". If this means calling for backup more frequently or enlisting medical emergency personnel in situations--I'm for it. And while I'm not a fan of tasers being promiscuously used to subdue bad actors, I'm starting to lean towards really preferring it as an option over gun action--so long as the arrestee is given proper attention and medical access., because it is a more generally non-lethal option.

I'm afraid my "like to think" sorts of thoughts usually don't go places, though. But I feel that having a wider set of options and a broader knowledge base would aid decision-making a lot. And might make things more comfortable for the people making split-second, and sometimes life-or-death, decisions as well.

Hi Vixen, you know, there is nothing essentially wrong with wishing for a more humane police force.

I taught boxing, hand to hand combat, strategy and tactics for civilians and police for 8 years. Actually few cops came through my humble attempts at training, but I did see a few and also in the boxing gym where I trained.

Years ago in Hawaii they found a way to deal with a similar problem.

There was a section of town known as Hotel Street. It was a big collection of cheap bars, pawn shops, women gypsies reading fortunes, sleazy little cafes. Not surprisingly, its nickname was Shit Street.

Into Shit Street poured a bunch of young soldiers, sailors, marines, air force guys, and Coast Guard guys going to and from Vietnam. Hawaii didn't want to be guilty of putting holes through a bunch of American servicemen. What to do, what to do?

They started a special operations unit called HASPS. I've forgotten what the letters stood for. First qualification, you had to be at least 6 foot 6.

If you want your police force to be able to handle a variety of thugs and intoxicated people without resorting to weapons, you need to do a couple of things.

All men and no women. Huge guys who are big and strong enough to subdue people without having to go for weapons.

To be more egalitarian a lot of police forces hire women and have even demanded their male cops be smaller. Some women join the police force to find a husband. Female cops have written about this themselves in books they have authored. Because they do not have the upper body strength and they are not bigger, they have to escalate on the force spectrum sooner than would some huge guy who is physically capable of subduing a suspect.

In LA, you may remember Rodney King. He was 6-3, and the cops swarming him were all about 5-8, because LA was trying to show a less intimidating force to the public eye. Obviously this is also a situation in which the necessity for escalating force can occur.

Police are taught defensive tactics. It's a way of attempting to deal with suspects purely by reacting to the threat they present that is about a effective as they can make it. Cops will not be effective if you try to turn them into social workers. You'll get a lot of people killed, and it won't matter how much time they spent studying the humanities.

And then if you want a lot of extra training and politically correct values to be emphasized, the taxpayers will need to pay for it. Trying to stranglehold a city into doubling and tripling its budget for policing will not be easy.

So my prescription would be really big cops who ride 2 or 3 in a car, who have understood that their first step is to subdue the suspect physically and only if this fails to escalate force. Do not worry if they bite you – a cure for AIDS could come along any day. Second, jack up the taxes in a city so that you can provide more time and special considerations to your city budget. Third, keep the girls in a strictly backup position so sometimes they can sweet-talk a suspect into subjecting himself to arrest. It does happen. And I think you might be able to cut back on escalations in the force spectrum.

I'm not being flip here. I remember watching an episode of Cops at Mardi Gras in New Orleans. This big drunk bruiser was fighting and intimidating people, and the cops were trying to talk him down. A good looking female officer walked up, looked into his eyes, blinked a couple of times, and said,
“You don't really want to be causing this trouble, do you?”
“Hey, you're really good looking,” he said.
She smiled sweetly: “Oh heck, we all look like this down here.”
“Gee,” he said, ignoring the cops and the crowd around them.
She placed a handcuff on his wrist and said, “Would you like to come down to the station with me so we could talk about it?”
The suspect, cooperating fully, said, “Sure. I mean, yes, ma'am.”
And they walked off happily into the sunset with him sitting on the edge of the world watching the stars fall all the way to the honeymoon holding cell.