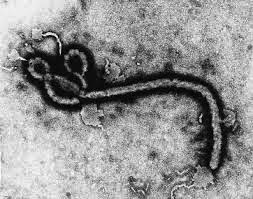 Now that there is a patient who came from Liberia to the United States on his own, it is necessary I think, to reprise my original statement: Ebola is serious business. But for the love of all that's good--let's be reasonable, hm? For one thing, I want to boost what Charles Pierce said about how this country can not go on like this. I get that people might feel like giving no fucks about Africa the entire continent thereof and not even a fuck and a half about Africans coming here--but politicizing ebola as if it were possible to indefinitely quarantine our healthy selves against patients in need, even our fellow citizens, let alone a Liberian like Mr. Duncan, is foolhardy. Our healthcare system may be expensive as all hell and have peaks and valleys of care depending upon one's ability to afford care, but when it counts, I think we have some kind of expertise. We have the know-how to contain and even see patients through this dread disease. We need not expect a Sierra Leone/Liberia-like outbreak. But we need to be sensible.

For one thing, the communication breakdown that did not result in Mr. Duncan explaining to a doctor that he may have come into contact with an ebola-infected person even though the CDC put out an alert is an issue. That nurses in the US don't feel properly educated is an issue. And that wankers in the US might try trolling on this issue, fearmongering and politically posturing over various draconian possibilities, is, I'm afraid to say--an issue. We don't need the kind of undue fear that leads to riots or stupidity. We need our media to convey factual POV like never before.

If Americans need a pep-talk on this: We built the bomb and put a man on the moon, for heaven's sake. We fuxxored Hitler and created more than 200 years of something very like a functioning democracy. Seriously, is containing a virus supposed to be beyond us? I say--let our smartest people do their best things. If we can beat the snot out of polio and smallpox, let's aim for Ebola. I feel like rooting for science.

But really, can someone muzzle FOX News? Because...if you want to talk "virulent"...
Posted by Vixen Strangely at 12:54 AM

The terrified, uninformed over reaction is mind boggling. Here's a disease that's easy to contain and HARD to spread. It's spreading in a desperately poor region with literally NO modern public health services, and that's to be expected. But acting as if it poses a health threat to Americans here is stupid and/or manipulative.

If you don't get the puke, poop or pee of an actively infected person IN YOUR BLOOD (like HIV, but nobody's going to have sex with a person with hemorrhagic symptoms), you can't get the disease. Help the people in the hot zone build some public health systems and institutions or don't, but can we PLEASE stop screaming that it represents some kind of "threat" to the US? (Not that I recognize you didn't do this, but the volume of the panicked voices is growing deafening.)

One of the other problems I see with people politicizing the ebola crisis in Africa, as with politicizing every other thing (Benghazi, anyone?) is that it kinds of leads to a defeatist, "no one can do anything well ever" mentality. We can't stop climate change, reform health care or do anything about poverty. Why? Because all the solutions are Hitler riding on a sharknado with AIDS. Leaving no room for intelligent conversation. And I think that's what the shouters want on some level.