Tell Me, Who Are You? 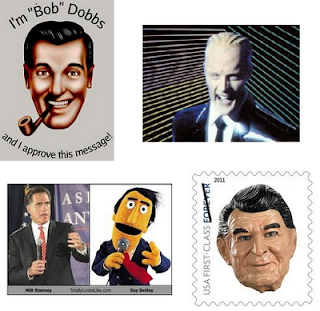 I hate to be a Patsy Pile-on (okay, I lie, I love to pile on once a suitable target is acquired), but I just wanted to elaborate a little on Romney's journey to some countries he, by rights, should not have been able to screw up in.  This trip wasn't really about Mitt Romney's foreign policy and how he related to leaders around the world--it seems in hindsight that it was more about allowing him to do some cultural signifying to the base.  From that perspective, what were perceived as gaffes--weren't. He conveyed the themes he intended to:

United Kingdom=Anglo-Saxony (Whatever that's supposed to mean--but I think it's just "The middle two letters in "WASP".)

Israel=Judeo-Christian values (Pronounced in that fashion that lets you know that the other Abrahamic faith is silent.)

And Poland=Anti-Communist (Because Soviet Union, you guys!)

Put them all together they spell "Mitt Romney is an Anglo-Saxon, Judeo-Christian kind of guy who isn't a Communist,." (Unlike, you know.)

So, if you think that US foreign policy is about representing this country's interests while participating as something like a "first nation amongst equals", say, with grown people expectations about how other participants on the world stage may act and react to the things you do and say as a world leader, you might roll your eyes and wonder how this clod got his crust. But if your idea of foreign policy is "Eat American Exceptionalism BITCHEZ!" you might have actually thought that any poor reaction Romney received was because other people are just so...p.c. and shit.

In real-world terms, I tend to agree with the commentary of Suddeutsche Zeitung that Romney has sort of disqualified himself from potentially meaningfully carrying out any Middle East policy because he has already provided Islamic nations with reason to think he can't or won't deal with them in good faith. He made particular statements about Palestinian vs Israeli culture in an economic sense that bore little relationship to the historical or current political background--which he a) tried to backpedal from, b) which were actually nearly verbatim from his book No Apologies (giggle, snort, no, really), and which he then c) doubled-down on in a National Review op-ed piece.

Nice, right? So, instead of a one-term Massachusetts governor with no foreign policy trying to show that he is so capable of being better than, say, She Who Needs Not Be Named, he shows that he still has to pander to the Republican base. Which is possibly what some people might call wimpy. At Rumproast, it's been regularly iterated that he is an example of "Profiles in Something Other than Courage."

As a presidential challenger, he should be presenting his resume and showing what he has that would make him better than President Obama. As it stands, he reminds me of when the polls were regularly showing that a "Generic Republican" might beat Barack Obama, even if no single Republican candidate stood out. At this point, Mitt Romney may as well change his name to "Jan Eric Whyte-Guy" for all the good his experience does him. As we find out who he is, we start to suspect we understand what he is a little better.

I know some people might not see that as a problem for his campaign--but I think for someone who wants to be president, it's a BFD.  Some may look back and wonder if he was even properly vetted.

Posted by Vixen Strangely at 12:15 AM