2002 Salt Lake Olympics Uniforms were Made in Myanmar 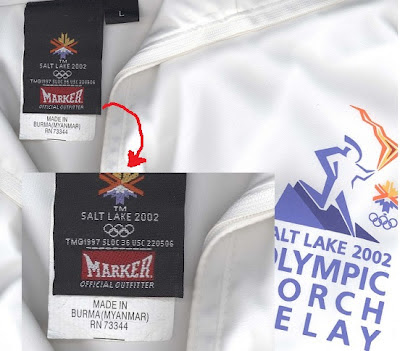 Tales of outsourcing
make you rave?
Then were Olympic clothes
A "burma shave"?


Yep.  Just like the Chinese-made Olympic pins, we have another example here of outsourcing of Olympic products approved by the 2002 Olympic committee Romney led.

It looks like whether he left Bain Capital in 1999 or not, outsourcing is one thing Romney couldn't avoid.
Posted by Vixen Strangely at 8:43 PM

To me, it's even more damning that the surrogates didn't know that Myanmar is Burma.