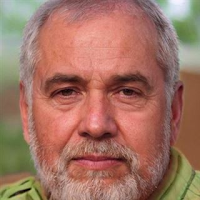 Well, this is a humdinger:

One month before a purported leak of files from Hunter Biden's laptop, a fake "intelligence" document about him went viral on the right-wing internet, asserting an elaborate conspiracy theory involving former Vice President Joe Biden's son and business in China.

The document, a 64-page composition that was later disseminated by close associates of President Donald Trump, appears to be the work of a fake "intelligence firm" called Typhoon Investigations, according to researchers and public documents.

The author of the document, a self-identified Swiss security analyst named Martin Aspen, is a fabricated identity, according to analysis by disinformation researchers, who also concluded that Aspen's profile picture was created with an artificial intelligence face generator. The intelligence firm that Aspen lists as his previous employer said that no one by that name had ever worked for the company and that no one by that name lives in Switzerland, according to public records and social media searches.

I'm going to go with the creation of a cut-out for disseminating the document in question is not actually for anyone's protection from "personal and professional risks" but just a plausible-sounding origin story for ginned-up twaddle.

In other news, UPS located Tucker Carlson's lost package and while he has an awful lot of questions about the definitely real stuff on the flash drive that was sent in a container that somehow came undone, isn't it really time folks stopped piling on Hunter Biden?

Because it's not like, worth losing your lucrative gig to keep after a story that is falling apart all around you. Only a total dweeb would do that.