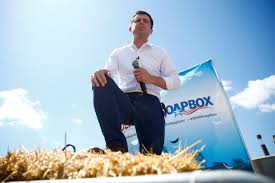 One thing that has bothered me about young Mayor Pete is, well? He is young. It isn't that I'm overly freaked out about the prospect of a US president younger than myself--maybe he has some ideas. Maybe he has the right kind of focus and ambition. But something I would love to see Buttigieg "outgrow" is political clichés like this Tweet, right here, which I screen-capped, because eh?

Even though it has been up awhile, someone surely might have pointed out to him it's...problematic. 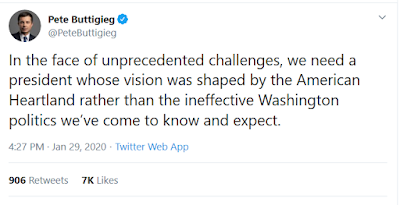 He said "In the face of unprecedented challenges we need a president whose vision was shaped by the American Heartland rather that the ineffective Washington politics we've come to know and expect."

Is he intentionally talking up Heartland America to obliquely say he's an outsider to dysfunctional Washington DC? Okay, then, he could say that. But even that is a cliché. Trump was an outsider to Washington DC--has he made it more functional? There's a faint whiff of Reaganite disdain for the government: the most dangerous words in the English language are "I'm from the government and I'm here to help you."

It isn't so much a question of where someone is from in terms of their lived experiences sometimes, but what they take away from what they have experienced. My America looks like this-- 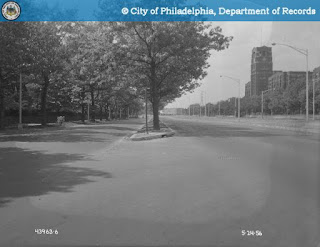 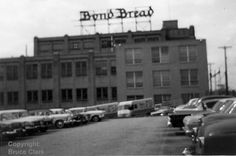 These are the Sears Tower and the Bond Bread plant that were part of the neighborhood I grew up in in NE Philadelphia. The Sears Building was imploded in the 1990s and the Bond Bread became a Boscov's before they closed. They represent for me, a little bit, of how once-thriving businesses disappeared in the course of chasing profitability over stability. My head has a landscape of stores and office buildings and factories that no longer exist in it. And the thing is--that story is just as true in the heartland as it is to me, in Philadelphia. That wasn't a Washington, DC failure, or not exactly. It was a structural problem with how capitalism is pursued. I think.

Anyway I guess I just feel suspicious when the youthful mayor of a small city starts talking about winning via heartland values. Especially when I don't know how in heck you gentrify a cornfield. (The flight from small town America to the big cities is not unlike the flight of some people in big cities for their suburbs. But for different reason, of course. And while small businesses are supergreat--there are only so many jobs they provide and service jobs have been historically lower-paying.)

And not for nothing, but the word "heartland" signifies whiteness, in a way "urban" signifies....not white. And when he uses it to say he'll take that vision to Washington DC, it sounds like he thinks he will talk whitely to GOP white people and that will sort things out. He probably doesn't mean that at all! But he isn't using language that won't sound that way to a lot of people. To navigate some of the issues he needs to reach out on, he's going to have to build on the language needed to address them,

He's good at languages. Politics is also a language.

Posted by Vixen Strangely at 12:29 AM