Death and A Complication 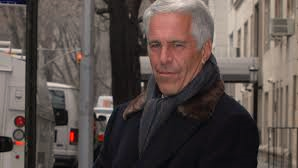 The death of pedophile Jeffrey Epstein has fueled speculations about what happened to the prisoner--wasn't he supposed to be on suicide watch? (It turns out--he no longer was.)  Wasn't there an awfully long list of people who wanted to see him dead? (Yes, very probably.) Wouldn't his death end the investigation into his child sex trafficking? (Well, not necessarily--he had accomplices who should still be held to justice.)

I think the tendency to assign blame when a high-profile individual is found dead or dying in his cell is very reasonable. Being off suicide watch a mere three weeks after a previous attempt sounds suspicious as hell. Assuming murder, though, goes a bit further than I think is necessary. Here's what we know about Epstein: the man was a highly self-driven person who pursued money and power in order to live a life that was completely unaccountable to the law. He displayed the sociopathic ability to use and manipulate people in order to evade responsibility for his actions. In addition to having obtained an absurdly lenient plea deal, it seems evident the Epstein also finagled money out of at least one benefactor (probably more) and never faced the music for that.

Jeffrey Epstein's "art", if we could can it that, was escape. He got away with things. Although I appreciate the incredulity some are expressing that his death is not being treated as a murder, it seems actually pretty believable to me that a person who lived a life intent on maximizing his liberties and unaccountability would kill himself as yet another escape from facing the full weight of his crimes and one last middle finger to the world, the law, the morality he gave few fucks about.  If I saw the likelihood of any conspiracy at all in his ending, maybe there was a degree of "LIHOP" (Letting It Happen on Purpose) to quickly let the world be dispatched of such human rubbish.

Posted by Vixen Strangely at 11:55 PM

It makes a lot of sense. Unless some actual evidence of foul play emerges at the scene, it's very likely that he would choose suicide over spending the rest of his life in prison, which was practically inevitable at this point. Unfortunately the murder conspiracy theories will create a substantial distraction for a while.

The real mystery here is why he was taken off suicide watch so soon after the first attempt. I could imagine various reasons for that, though. Incompetence, or even Epstein bribing someone, if he really wanted to kill himself.

Vixen, this is a lot like the case of Whitey Bulger.

Not only should all accouterments useful in suicide have been removed, he would have been in a suicide prevention cell. No shoe laces, no belts, no ties, virtually nothing that he could have used to hang himself. Unless an arrangement had been made.

Epstein and his confederates had associated with some enormously powerful people, and he had evidence that could have destroyed them. As you know, Governor Richardson and Senator Mitchell were simply two names that have been revealed (you probably remember Mitchell was responsible for the Irish Republican Army disarming so that Jerry Adams and Sinn Féin became part of the political process).

My speculation is that one of these unknown, powerful, and influential people reached out to contacts in the mafia. Then they arranged for either Epstein to be given the means for suicide or else the suicide watch was withdrawn so that members of the prison population could do the deed.

You know, my old friend Bob Wilson used to talk a lot about the Banco Ambrosiano scandal. He liked to point out that one of the principals involved in that Catholic-Masonic-banking scandal was asked what book to read to explain what really goes on in the world.

The answer given was The Godfather by Mario Puzo.

LIHOP is my belief. Prisoners are maltreated and ignored all the time and often end up killing themselves without there being any conspiracy. #QAnon has no transitioned to Epstein was ferried out of the country and a body double killed because if he was murdered in Federal custody the killer must be part of the Bill Barr DOJ and by extension the Trump Executive Branch.