An Inaccurate Refrain or a Vicious Lie? 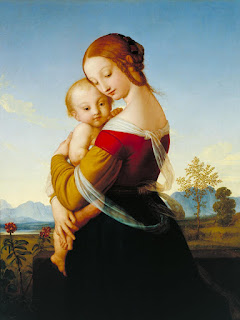 Trump in Green Bay reiterated a vicious thing directed at mothers of dying babies, which should seem so outstandingly cruel and inappropriate to politicize that he would be blasted from pillar to post, but we have accepted as so commonplace a lie regarding women's fertility and the fragility of neonates that perhaps it was not countered as efficiently as it needed to be when first bruited.

The disgraceful start to this rant (based on medical knowledge Trump does not appreciate) has to do with comments taken way out of context by VA Gov. Ralph Northam, which aren't actually even wrong in themselves.

To what kind of life is this child resuscitated? And to what purpose is it kept alive? To know what? and experience what? Pain, gasping, suffering. How can it be that there is no understanding that sometimes, an easy passing is all the mercy a parent can grant, and that intervention is a greater curse than a small body deserves?

This choice is terrible and personal, and not to be used to smear entire families and their doctors for culture war points. It is a vicious lie that Trump is making, not a mistake. Because he does not acknowledge the mothers who have undergone this choice, and would rather demonize the doctors that mercifully brought them through the death of their carried to term, or near to term, wanted children.  Because there is no woman carrying this baby 40 weeks or very nearly, through all the changes of her body, and the potential for harm to herself, and judgment, and the knowledge of all who see her swelling form, who means to terminate at the very last moment for no good reason.

This child would have been loved. Sometimes the only decent love is letting go--and that has to be okay, too. And politicizing this makes me want to fight for all these slurred and maligned mamas.

He never had a right to use you and your babies to demonize those who support abortion rights. I support the choice of all obstetric patients to do what is best for themselves and their potential kids. It is not the government's right to dictate this reproductive process. Assuming people who are bereaved are murderous is just gross and bizarre.
Posted by Vixen Strangely at 1:25 AM