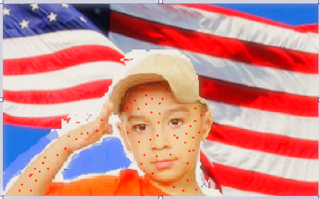 Immunizations work, are safe, and people should have them unless very specifically medically counter-indicated. The earth is basically round and revolves around the sun. Trickle-down economics is bullshit because the rich get richer and crap rolls downhill.

There are a handful of things in this life that seem to me to be just obvious, but also have the benefit of being backed up with evidence, studies, and real life experience. That Vaccinations Are Good is one of those things. Once upon a time, people got things like smallpox and were terrifically disfigured or died, or they got polio and were disabled and died, or got measles or mumps and sometimes died, or were sterilized or became blind--basically, we think of history in mostly filmy costume set-piece terms because we watch a fuckton of television, but most of it was a nasty, brutish and disease-ridden hellscape. And then we learned about germs and viruses, got hygienic and developed vaccines for things, and lifespans improved a lot.

Seems great to me. Then we developed the internet, and some dumb people fucked that up. Failed anti-vaccine scientists who are not considered very good at science make propaganda, and because there are people who think reality is democratic, think this is new knowledge and it becomes really difficult to disabuse them of the new thing they think they have "learned".

One thing that surely doesn't help is the presence of international shit-stirrers who have made a job of weakening social norms and sowing division by furthering bad science memes. But there's something I've heard a couple of times this week that really concerns the hell out of me. There are US politicians who are making the vaccination "controversy" (which should, by all actual evidence, be a "nontroversy") into a political statement about "freedom!" and "certainly not being Communist!" and "the purity of our bodily essence" or something like that.

I wish I was kidding.

An Arizona state senator, Kelly Townsend, made a Facebook post that literally calls vaccinations "communist" because they are for the collective good:

The legislator, Republican state Rep. Kelly Townsend, wrote in a Facebook post on Thursday that "it seems we are prepared to give up our liberty, the very sovereignty of our body, because of measles."
"I read yesterday that the idea is being floated that if not enough people get vaccinated, then we are going to force them to," wrote Townsend, who has written controversial social media posts in the past. "The idea that we force someone to give up their liberty for the sake of the collective is not based on American values but rather, Communist."

It could not possibly be the case that the United States was founded on any such principles as: establishing Justice, insuring domestic Tranquility, providing for the common defence, promoting the general Welfare, and securing the Blessings of Liberty to ourselves and our Posterity, with any collective intent, right? Except our founders seemed to have had as much in mind by creating a government with any such principles in mind, with promoting the general welfare being among those things. The idea of bodily sovereignty to a nation that had a military draft and still has a selective service seems like a laugh. As Ms. Townsend is also pro-life, it appears her notions of bodily sovereignty certainly do have a (very selective) limit, based on her preferences, not necessarily any given individual's.

But as to the fear of the collective, maybe she has been flummoxed by the term "herd immunity".  Wouldn't a rugged individualist want to be anything but "one of the herd"?

Which takes us to Crazy Nephew Liberty, son of Crazy Uncle Liberty, Dr. Rand Paul. His recent statement took a very novel approach to ideas of both liberty and security:

“As we contemplate forcing parents to choose this or that vaccine, I think it’s important to remember that force is not consistent with the American story, nor is force consistent with the liberty our forefathers sought when they came to America,” said Paul, reading off a paper.
“I don't think you have to have one or the other, though. I'm not here to say don’t vaccinate your kids. If this hearing is for persuasion I’m all for the persuasion. I’ve vaccinated myself and I’ve vaccinated my kids. For myself and my children I believe that the benefits of vaccines greatly outweighing the risks, but I still don’t favor giving up on liberty for a false sense of security.”
(Shit, I will leave the formatting, because whev. ) Since he knows good and well vaccines work because he's getting his own kids vaccinated--where's the "false sense of security"? And if he wants to talk about "liberty" in terms this broad, why even have laws? I was vaccinated as a wee bitty thing, and never felt robbed of my liberty. The actual choice never intersected with my freedom to do anything--I have never said "Well, I would attend this meeting/take a vacation abroad/marry my spouse/pursue my chosen profession, but no, I had MMR and booster shots."  It did not even affect my credit. Given that there are people in this world who find their lives disrupted by their gender/orientation/race/religion, I just can't even with Rand Paul talking about the liberty of parents who want their special version of science to keep life-saving needles out of their experimental human spawn tushies.  And he is supposedly a doctor.

I've also seen a narrative that we need childhood diseases to toughen up our immune systems, as if measles was like CrossFit, but for white blood cells. What's next? Calling them "freedom pox"? Deciding that mumps is the new "swole"? That fevers are the new "hotness"?

This is just sheer damn stupidity--but it's worse because it's politicized. Let's get real--vaccinate your damn kids.
Posted by Vixen Strangely at 1:12 AM

I remember shortly after the Salk Vaccine (polio vaccine) came out it was given away free (paid for by the government) and people, adults and children, stood in lines to receive it. That was how much people were afraid of polio.