A Matter of Speaking 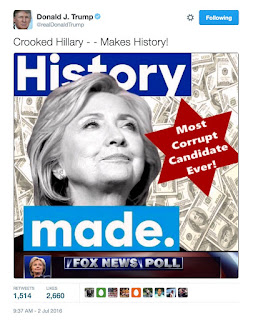 There have been two episodes of absolute communications-failure that have happened lately that I think expressed dangerous anti-Semitic tropes (whether inadvertently or not) and are truly regrettable, but should, I hope, teach something. (And not to the same degree.)

One of these things was when Turning Point's Candace Owens blathered about nationalism and felt she had to use Hitler and National Socialism as her example, which ignorantly resulted in her sort of forgetting that scapegoating a minority population and exterminating them was a large part of the nationalist domestic policy of Hitler's Germany. She let on that she felt the problem wasn't so much what Hitler wanted to do in his own country but just the way he exported it. A thing just isn't national if it goes "international" am I right? Which gave off the grim idea that she didn't find the "Vernichtung durch arbeit" (where "arbeit macht frei" means through death) entirely condemnable except when it was franchised, to, say Poland, or....

For a communications person repping Turning Point, she had a pretty serious communication problem if she only understood the nationalism she wanted to represent via the literal worst and most murderous example. She could have expressed nationalism in the actual immediate founding sense of Garibaldi for Italy or the unification of Germany under Bismarck, or even the Young Ireland movement. But no, she went to Hitler. This is how I know American children just don't learn world history--and it well should settle whether Turning Point speakers actually have anything to show a broader audience. (They do not. They do not know, in fact, actual shit. But they may have made more money at not knowing shit than I did at their age actually knowing shit with an entire liberal arts degree and doing retail work, so basically, I hate them body and soul. Except you could not have paid me to ever say the things they do even when I was living off dollar store beans in my 20s.)

The other thing was when recently sworn Congressperson Ilhan Omar made a Twitter commentary to the effect that the RW in this country is beholden to the "Benjamins" of pro-Israel lobbying groups like AIPAC. Everything about the way she said this was flippant and a bit insensitive. I don't know that in essence, what she said was factually entirely wrong--AIPAC is a broadly influential political group--but expressing their influence solely in terms of money was wrong, and I would say the kind of abbreviated wrong that Twitter definitely lends itself to.

You can not address American Jews as a monolith, or especially, and for well researched valid reasons, international Jewish persons. The trope of the Jewish person as paymaster, a la George Soros or the Rothschilds, has done harm and continues to. Discussing Jewish monetary influence on politics is a little like talking about Islamic aggression--it is absurdly accentuated by stereotypes that do harm to actual people who have no real power to fight back. And this kind of stereotyping is something that an Islamic refugee should understand well enough and recognize that having an identity set apart has the unfortunate effect of magnifying and distorting her words.

I am by no means equivocating the two situations. I think Ilhan Omar is in a better situation and has a better environment to carry through on her apology and make a good faith attempt to reconcile her biases with the actual experience of Zionist (and even non-Zionist) Jews even while maintaining her skepticism about lobbying and money in politics. I don't think the environment of Candace Owen lends itself to the same opportunity for introspection and challenge.

What I do think is that this kind of groping towards a better way of talking about race, by trying to understand and know history better and include the voices of the aggrieved, is great.  Awkward, but better than continuing in a nebulous offensiveness. It is as well instructive of how our communication must improve, that both of these women have spoken poorly, but they are ahead of the idiot and intentional racist tropes employed by the US president, and even his namesake son, on a regular basis.

I think those who can learn, will.

Posted by Vixen Strangely at 1:23 AM