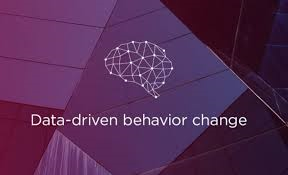 Things seem to be moving quickly in TrumpWorld, which seems like a quite a statement given the usual pace. It was no sooner than AG Sessions had fired Deputy FBI Director Andrew McCabe over a "lack of candor" (and if there is one thing old Jeff Sessions will not stand for, it is a lack of candor...right?) than President Trump was lighting up Twitter with a self-serving and as usual, mostly untrue rant because firing McCabe wasn't quite the job he wanted to accomplish. It was noted that Trump finally mentioned the Mueller investigation, something he had very likely not done because his lawyers would have counseled him not to.

And then it just seemed like everything was coming up Cambridge Analytica. First, FaceBook suspended CA, but suddenly the story opened up to connect dots to working with Russian organizations, reaching out to Corey Lewandowski (Trump's first campaign manager), and then, explosively, a Channel 4 investigation revealed a Cambridge Analytica exec admitting to using spies, bribes and even sexual entrapment to compromise people into, um, changing their behavior due to the, err, data that has been gathered on them.

Wild, right? Anyhow, we all know Steve Bannon and Mike Flynn are connected to Campaign Analytica, but gosh! No reason to suspect there's anything shady about how the company performed for the entirely aboveboard Trump Campaign, right?

At some point, it really becomes difficult to look at the big picture and presume it only holds together in a rather circumstantial way.

In somewhat related news, Mike Flynn was recently seen campaigning for Republican Omar Navarro against Rep. Maxine Waters, whose intellect Trump recently denigrated for some reason, and Steve Bannon was in Europe being fascinated by fascism and encouraging the Far-Right. So those guys are still....around.

Posted by Vixen Strangely at 12:27 AM

Hi Vixen, I have to confess to you that these days when I observe the political world I am glad I did the work necessary to be very little engaged on the level of the ego.

Your last paragraph characterized some people as being fascists. These words are so often used that I thought it might be interesting to think about it for a second.

In its origins fascism was a system by which trade guilds set prices for their products. Just as we have a qualified free market and therefore supply and demand basically orient the prices of products and socialism controls the means of production and therefore to an extent controls prices. Fascism is different. For example if you were a pot maker in 16th century Italy, your pot guild could decide how much you would have to charge for your product. Needless to say, now you have a situation where neither the free markett nor the government is setting prices. And so you would probably be forced to do price gouging on every pot you sold.

Here's another interesting factor related to the discussion. If you were going to severely criticize the right, actually you would have to insist that the right are anarchists. The right wants the size and scope of central government to be greatly reduced. Reduction of taxes causes a reduction of employees and services provided by the centralized government. This means that workers retains more of their money and are less burdened by Big Brother.

The thing that is lost today is that actually anarchy is the extreme right, and totalitarianism s the extreme left. If you draw and line between one word and the other, every country fits somewhere between these 2 dynamics. Communism is another word that gets thrown around, and it's rare that anyone has a clue of what Marx and Lenin, Engels and Trotsky were talking about. (Incidentally, if you look up the definition of fascism and read with discrimination you can see easily that either party can accuse the other of it.)

The data made me do it.

I characterized Benito Mussolini as a fascist, but, like, he started it.

The petty, vindictive methods of firing law enforcement leaders makes me wonder what Mr. Trump has against the FBI. It's almost as if he's a ... you know ... criminal.