Intelligence Briefings are Apparently for Losers 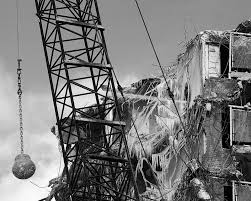 Donald Trump does not care for intelligence briefings. It has been apparent for more than a minute. His reason for shunning intelligence briefings is pretty novel, though (as in, no person previously voted in as president would have actually thought this) because he just thinks it is repetitive and , well, he thinks he's pretty smart.

Wow. Wow. Ok.  Um, sometimes the daily briefing has different things so that you will understand what intelligence professionals are finding out as they happen to find it out. This should inform how you form and deploy strategies to minimize harmful outcomes to defend the state. It really won't be the same every day. Sometimes it is really, really important.  Also, I think he has the weird idea that "intelligence" means that he is being given it because someone somewhere thinks he is not "smart"--like an intelligence briefing is when people notice you might be a quart or so low, intelligence wise, and try to top up your tank. As if he feels stricken that people are trying to inform his insecure naiive ass about anything.

As opposed to, yes, there are people who try to (and sometimes risk their lives to) gather intelligence to keep our country (which means specifically--it's leadership) well apprised of what is going on in the world. Trump seems utterly unaware that this is meaningful or how it impacts on his ability to do his new job or the work involved in producing the briefing that he should feel honored (as his VP-to-be, Mike Pence, understands) to receive.

I don't like that a person who gets info from InfoWars is lackadaisical about consulting with our intelligence agencies. He definitely seems in need of lots of understanding he does not have.
Posted by Vixen Strangely at 12:47 AM

For all the horrible things the CIA has done, I cannot fathom why they would let their agency get rolled like this. Say what you will about Donald Trump, but my father, God rest his soul, he of high security clearance, assured me that what was once the OSS was an organization of serious men who would not flinch at any damn thing.

It is a good thing that my father is dead, because it would kill him to see that they can't even pull off a simple wetwork in our time of need. Not that I'm saying a thing. Dad always said that the only time you read about the CIA in the newspapers was when they fucked up. Myself, I'd pin the whole op on Cruz's dad, or the Cubans. Hell, let's pin it on the Russians. Or Chinese. Dealer's choice. No, wait, too obvious. The fucking Belgiums, the bastards.

The "Strangely Blogged" stylesheet prohibits the endorsement of assassination. This blog does not believe that the agency tasked with gathering foreign intelligence should necessarily intervene on US soil in US political matters. I view Mike Pence as about as bad as Trump, and not someone I'd greatly prefer to see in office--except--I know Pence is receiving regular intelligence briefings and understands our recent historical diplomatic stances. I wouldn't love his SCOTUS choices or his brand of theocracy--but I'm less freaked out by how he'd deal with deep state.

I'd pin it on a lone wolf, self-radicalized, as is au courant if I were inventing the cover--but I would definitely not endorse that thing on this blog.