The Plan to Impeach Hillary Clinton 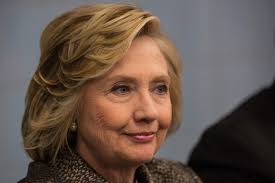 I said I probably wouldn't have anything to say about the Benghazi Committee and Hillary Clinton again until after she spoke before them, but it turns out, Rep. Mo Brooks of AL made a liar of me by stating that he believed that Hillary Clinton would be impeached on day one of her presidency.

Which tells me he's pretty sure that the GOP nominee is going to fail, and that the only hope the GOP has of containing a Hillary Clinton presidency is dragging her name through the mud.  In other words, what else is new? The email story isn't really anything like so dire as the reading the GOP wants people to make of the issue.

It doesn't help Mo Brooks' (or Trey Gowdy's) case that House Democrats decided to release their report of what has been uncovered, which is not at all unfavorable to Hillary Clinton. Now, before anyone says, well that's just partisan ass-covering: Democrats always realize the potential of an ass getting hung out. We cut bait far more often than we keep sinking the line. If Congressional Dems genuinely believed Clinton to be a flawed candidate, they'd have burned her. Their coming out with this means they don't believe any such thing.

Keeping the Benghazi Committee alive in the face of what it has become is starting to be disrespectful to the people most directly affected by those events. The whole thing has gone punchy and stupid.  They may as well quit it, and should she, inshallah, get into office in 2017, maybe they could wait until they had something to get her with before they started up a "get her" plan?

But in case any liberal or progressive is wondering, this is why we really need a Democratic congress, even if it has a few Blue Dogs. These hard-heads keep trying. The Clintons tried to investigate themselves on Whitewater before 1994, but once the GOP owned the House, it was all about "Get Clintons". Once the GOP took the House after the 2010 election, like Jon Chait suggested, it was all about "Get Obama". They never had anything to get him with, but they kept trying.

This is why we can't let them get away with it. They would do it with Sanders too, don't pretend they won't. It's their pretend ace-card--get congress, shit on the Dem president. If you are liberal or progressive or not an asshole, vote Democratic because otherwise, we will have nothing but show-trials and fuckery and half-assed government. Get them out of Congress, and they can't do these things. No more debt ceiling and budget reconciliation stupidness. No one can afford to sleep in on Election Day.  Got it? Good.
Posted by Vixen Strangely at 11:37 PM