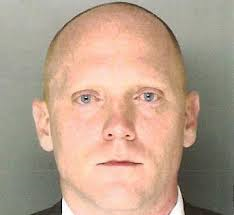 This is a family-killer that I don't think the cops are going to take alive because he's killed his ex-wife, the grandmother and great-grandmother of his kids, and a sister-in-law, brother-in-law, and niece. He's prowling my neck of the woods, and schools and stuff have been locked down here and there. I don't think he's looking to shoot those up, Lanza-style, though.

He seems to have killed his ex based on a dispute over custody. Because, really, what in the world is going to prove you deserve custody of some kids like killing their mom?

I don't understand why pulling a gun on numerous former relatives seemed like the way to fix this guy's problems to him-- but for some crazy reason I feel like he probably visited an MRA site or two. I could be wrong. I almost hope I am.
Posted by Vixen Strangely at 11:09 PM

Will our media call upon white leaders to denounce this white-on-white violence?
~

So I guess he's called it off and punched his own ticket. When the madness cools you realize you have no good options left.

But you're right. The problem we've created with our stupid, destructive 2nd Amendment is that we've made guns far too AVAILABLE. In rational societies, he probably would have beat up his ex wife - he MIGHT have even killed her. But that would have been the end, because shooting unarmed people is just too easy to do.

The goal of gun control is to reduce the supply of firearms, make them scarce, and therefore expensive, and make sure they are stored in such a manner that people can't just grab them when they are very angry or very sad. Just buying some time, even a few minutes, and the killings wouldn't happen...