And the cock took credit for the dawn. 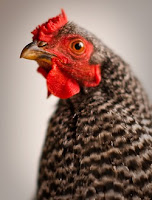 Mitt Romney is ready to "take a lot of credit" for the auto industry bail-out.

He's really the worst, isn't he? Obama can't take too much credit for stuff he was actually involved in, like the decision to go after bin Laden, but Romney can take credit for something he was on record opposing. YAFB details the Mitt by Mitt evolution of Romney's finger-in-the-air twists on what ultimately turned out to be a good idea.

I'm still trying to absorb whether this is something Romney's campaign people are actually okay with:

Yeah, Governor Romney, just, uh, go out there and shamelessly lie. It plays to your strengths for one, and for another, gives you a vice that might actually be interesting.


Greed, after all, is merely done to death. And jealously is too obvious.
Posted by Vixen Strangely at 10:02 PM

When even Forbes magazine is against your GOP campaign, you know you've got nothing.