The GOP Strategy for the War on Women? Irony, I think. 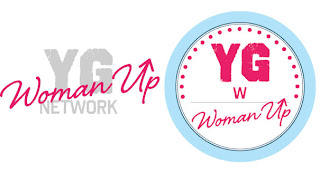 There have been a few interesting stories regarding the Republican push-back against the claim that the party has been waging a "war on women" (my posting has been sporadic because work has been kicking my ass), but I think they mesh together nicely--

Firsties, the above graphic is the logo for the Young Guns Network women's initiative, described by Politico here:


The YG Network is launching YG “Woman Up,” riffing off of the term “man up,” in an effort to better communicate conservative policies to women.Continue Reading

YG Network Policy Director Mary Anne Carter said the women’s initiative is a good fit for the Young Guns because it is about taking a new approach to issues, including areas like moving to a flexible work-week.

Okay, my opinion regarding the phrase "woman up" as an inversion of the implied male-superiority of the phrase "man-up" might be a little "Feminism 101", but to take it a step further, the targeting of the distaff demographic is kind of still "othering", isn't it? Note--"communicating GOP policies to women", as opposed to adopting policies geared towards women's needs--although I like that flexible work-week idea.  It worked very nicely when the ladies from 9 to 5 adopted it for their office. It'll also be great for women to have flexible hours when they need to schedule around their second jobs and daycare.


Also a part of the push-back? "Deny, deny, deny." In addition to a focus on women by the "Young Guns", some of the older hands have issued their "pooh-pooh" and "poppycock!" regarding the so-called artificiality of the War on Women idea.


"My friends, this supposed 'War on Women' or the use of similarly outlandish rhetoric by partisan operatives has two purposes, and both are purely political in their purpose and effect: The first is to distract citizens from real issues that really matter and the second is to give talking heads something to sputter about when they appear on cable television," he said. "Neither purpose does anything to advance the well-being of any American."

"To suggest that one group of us or one party speaks for all women or that one group has an agenda to harm women and another to help them is ridiculous," he continued.

The Senate went on to reauthorize the Violence Against Women Act 68 to 31--with all 31 against being Republican men. The House battle is likely to strip out provisions that expanded protections for Native American, LGBT*Q and immigrant victims of domestic violence.

Speaker of the House John Boehner also decried the claims of a War on Women as "entirely created by my colleagues across the aisle for political gain.”  This was followed by a GOP majority House vote on keeping college loan rates from raising--in exchange for cuts to funding for preventive health measures for women (including cancer screenings) and children (vaccinations).


Once again, I've got the unsettling feeling these really are the Droids we want.

Posted by Vixen Strangely at 8:50 PM

I think the "woman up" slogan was a last-minute substitute for "up yours, woman!"